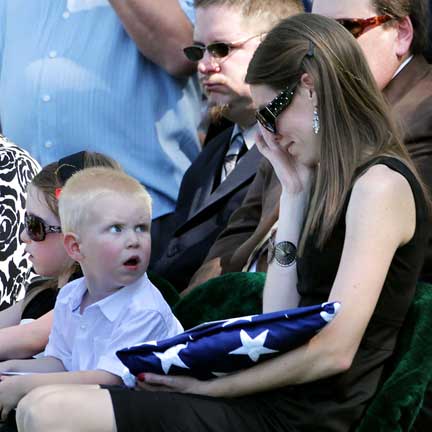 Aimee Myers’s son, Kaiden, looked at his mother during his father’s burial at Arlington, Va., National Cemetery Monday. U.S. Air Force Tech Sgt. Phillip Myers was killed April 4 by an improvised explosive device in Afghanistan. The return of his body was the first covered by the media since the Pentagon lifted its 18-year ban.